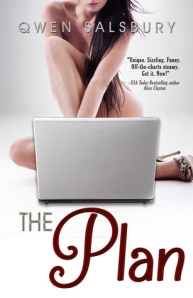 Location: Cubicles outside Canon’s office.
Co-workers: Betting on how long Canon’s new PA will last.
Me: No doubts. Ms. Gum-smacker won’t last the day. I need to place my bet.
Manolo Blahnik’s New Fall Shoes: Mine. As soon as Madeline hands over my winnings.

Emma Baker has never spoken a word to Alaric Canon, nor has he to her. But she’s studied him every day across the office tundra for almost a year. Canon is hard and fierce, terrifying and beautiful. He’s also the most stern, unforgiving person Emma has ever seen. Emma’s co-workers run a betting pool for Personal Assistant terminations. There’s a separate pot for the day one leaves without crying. Not likely…Canon made a former Navy SEAL cry.

He has high standards and low tolerance. Everyone knows it. Everyone stays away. Everyone who can, that is. Except Emma. She can’t look away. Alaric Canon is the single most attractive man she’s ever seen. Bar none.

Canon has never noticed her. Not once in almost a year. She’s not even a blip on his radar. But she will be. His radar will be blipless no more.

It is a goal. Emma has a plan.

For starters, I won this book and was thrilled to read it.  I had read so many comments about it, I couldn’t wait to read it for myself.  I have to say this is a truly unique book.  The writing style was totally different to what I am used to and that is one of the reasons why I really loved it.  The Plan is a funny, witty and sexy story written in a diary/journal like fashion. This diary like style made me look forward to the next day and what would happen to Emma.  I also loved being inside Emma’s head. I loved her plan.  After all, I think all women have had a plan of some sort when it comes to some guy right? Her plan happens to entail getting the attention of her boss, the sexy Alaric Canon with the fine ass. For almost one year, she wanted for him to notice her. All this time, she learned almost everything about him. As a boss, he was a total jerk.  In fact, part of what makes this story funny is the fact that an office pool was started on the time Personal Assistants would last as employees of the awful Alaric. Winners rejoiced and spent their winnings on shoes.  Yeah, something I would do.

The story is written in Emma’s POV and recounts all of the day to day interactions and happenings in her life and in her head.  I love sarcasm and this story is filled with it. The supporting characters, her coworkers, made the story funny as well.  I could totally relate to them.  After all, coworkers spend so much time with you, they often become your biggest supporters.

Emma’s plan, well… plans don’t always turn out the way you expect.  Emma suddenly becomes his PA and finds herself as his 24/7 assistant on a business trip.  Yeah, change of plans right?   She takes on this new role fearing the worst, getting fired.  Without giving too much away, her PA job was not quite what she expected. Both of them came out of their shells and I loved the unexpected.  Alaric, the powerful boss reveals a passive side while Emma takes on a more powerful demeanor.  Their trip was quite interesting.  And, there’s this part about fruits, pineapples to be exact which made me laugh out loud.  Yeah, the men will get that too.

Overall, this story is not your typical office romance.  It is a clever, well written, different read.  There are many laugh out loud moments making it all the more enjoyable.   I highly recommend this book.

I am really looking forward to reading more of Qwen’s writing.

I gave this book 5 stars!

Some of my favorite lines

IT IS A FACT, UNIVERSALLY ACCEPTED, that a single man in possession of a fine ass must be observed like wildlife.

Not to say I no longer have scandalous, wild times now. Example: I routinely spend long, late night hours having as many as four men entertain me in my bed. Men like Fallon, Kimmel, O’Brien, and Letterman.

Ladies and gentlemen, we have blip.

“I will add pineapple juice to your breakfasts,” I say and pat his tie twice, his chest heaving underneath. “Drink it if you ever want that to happen again.”

“Is there anything I need to be doing?” I squeak, Anything besides proving the theory of spontaneous ovulation?

We can’t always be doing this, giving in.  I have been afraid to start. He’s like human Nutella: I’m afraid once I’ve started tasting I won’t be able to stop until I’ve had all of him.

I have been aiming for blips while he has employed state of the art stealth technology. He is the B2 of too-hot bums. Not so much a cyborg, but an aerial strike drone.

“it sounded serious and long term.” He shifts again, clears his throat. “Some guy named Abe.”

Qwen Salsbury was born in Kansas and somehow keeps ending up back there.  Raised on her grandparent’s five acre homestead within the city limits, her imagination was honed during long days of quiet play and spartan access to a TV signal.  Now mother to handsome boys, she strives to ensure they appreciate potential adventures found within the pages of a book, an honest day’s work, and what ingenuity may yield from mundane objects like a string and a cup.  The boys prefer a PS3.

After spending time in corporate America, she returned to school and received a BA in English, Creative Writing and Poetry from Pittsburg State University, the alma mater of Pulitzer Prize winning poet, James Tate.  She worked on a Masters there until going on to receive a juris doctorate from Washburn School of Law.

A seven-time Sigma Tau Delta writing award winner, her fiction and poetry have appeared in literary magazines and have been selected by fiction communities as featured story of the month and year.  Predominantly a writer of romance, her romantic fiction varies from contemporary to historical to fantasy, though often with a humorous slant and poetic undertones.

For reasons she can’t even articulate herself, she decided to start writing fiction again while solo parenting and attending law school (during Constitutional Law class, to be exact.).

Keep up with Qwen Salsbury on Social Media