How To Reprimand Your Rock Star 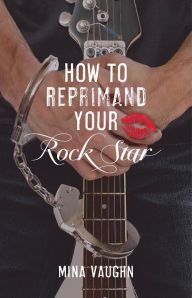 Thank you Mina for this awesome guest post.  I love athletes!  Yes, baseball pants are sexy too. ~Susi

Whether or not you read romance, you have to agree: athletes are hot. I’ve always loved the image of sweaty, muscled men battling it out on some type of field. Hockey players, soccer players, baseball players, all and each have a special place in my heart. And damn, baseball uniform pants are pretty much the sexiest uniform ever, amirite?

But let’s talk about female athletes for a minute. I’ve rarely seen any in romance before, so when I thought of who would be a perfect match for my submissive rock star, Keaton Lowe, instantly I thought I’d love to write a female athlete.

Female athletes rock. Whether it’s kick-ass tennis players like Anna Kournikova and the Williams sisters, or Olympic skiers or volleyball players or lacrosse players, sporty chicks are hot and deserve their place in the romance world. When I thought about Thea, the heroine from How to Reprimand Your Rock Star, I really wanted to write about the college experience and what her sexual awakening as a domme would be like. To me, the pinnacle of women in college sports is of course the prolific UConn Huskies. They are a force of nature. Even if you don’t follow college basketball, you know that the UConn women are champs.

I think having a very fit Domme makes sense. She’s going to be using her body for both pleasure and possibly punishment, so I think Thea’s workouts will help her with that. I also think she’s intimidating, being a tall young woman. But she’s also young, naïve and really beautiful. I don’t think Dommes all need to be scary and intimidating, but I wanted Thea to have many facets to her.

I also think we live in a world where women play more sports than they used to, and I think this is a population that ought to be represented in romance. I want people to be able to cheer for Thea, not just for conquering Keaton, but in her own right as a basketball phenom.

Keaton’s turned on by Thea’s fire—the way she takes him down a peg, the way her face blushes when she’s angry, and her dominance on the court and off. The notion of a sexy heartbreaker of a rock star needing someone like Thea, a headstrong firebrand who doesn’t care who he is, was a huge turn-on for me. I love the fact that Keaton is worshipped by millions, but Thea doesn’t care. She’s got her head in the game and her eyes on the prize. Heroines who have personal stakes and goals outside of love interests are always my favorite, so I tried to make Thea strong in that respect. I hope people agree!

Let’s hear it for the boys and girls of the court, the field, and the rink! So, who are your favorite sexy athletes, and why?

Thanks for having me! 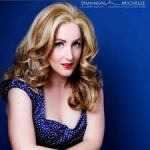 Kink with a wink! Mina Vaughn is an international woman of mystery and a shoe whore with a heart of gold. When she’s not writing her unique brand of fun smut, she’s plundering Sephora for any pin up girl makeup she can find. Mina’s debut novel, an erotic comedy entitled How to Discipline Your Vampire is about a punishment-seeking vampire who meets a quirky Domme with a serious role play fetish, available now from Simon and Schuster’s Pocket Star. How to Reprimand Your Rock Star, a sexy New Adult contemporary romance about a basketball phenom and a world-famous rocker, arrives Summer 2014.  How to Punish Your Playboy arrives Spring 2015.

Buy Links  How to Reprimand Your Rock Star:

Leave a Reply, I'd love to hear from you. Cancel reply

This site uses Akismet to reduce spam. Learn how your comment data is processed.